The beginning can be the hardest part.
It was hard to start writing this blog post.
And it especially hard when beginning to learn code.

I’ve been thinking about how I got here quite a lot recently so it seemed like a logical subject for my First Ever Blog Post.

1. Go On The Internet

I was lucky enough have a PC in my family already.
I’m guessing it was Windows ’95 but I honestly can’t remember. It was mainly used for crude word processing and games that came on a CD-ROM.
Then we got a 56k dial up modem. So it all began.
Of course, if you went online it meant that the phone line was effectively out of order. The source of many family conflicts round our gaff in the late 90’s. And the astronomical phone bills all the internet browsing generated.
The wonderful dial-up crackle was such an exciting noise. Like it was signalling the opening of a portal to another realm – which in a way, it was.

There was all sorts to discover.
There were chatrooms which I found INCREDIBLY tedious and soon abandoned.
I mainly used to try and watch music videos because we didn’t have Sky or Cable.
But the buffering.
Oh the buffering.
I think I must have waited a whole day and night for The Chemical Brothers’ ‘Hey Boy, Hey Girl’ video to buffer so I could finally watch it.
But CGI Skeletons! Dancing and having sex in a toilet cubicle in a night club! I guess it was worth the wait.

I assume I.T. had been taught in school in some form previously to what I can actually remember, but my first real memory of any sort of technology education begins with I.T lessons when I was around 13/14.
Taught by the terrifying Mr. Peploe.
He was ex-Armed Forces. Which tells you everything you need to know.
Every lesson was a huge anxiety-fest. I hold him entirely responsible for my Excel aversion and fact that I still get clammy palms over spreadsheets.

Basically, he scared me and made me scared of computing technology for a very long time. He was meant to teach and he failed spectacularly.
The damage he caused lasted for years and held me back from reaching my potential.
But we grow and we move on.

3. Do an Undergraduate Degree in Something You Aren’t Sure You Really Want To Do

Who really knows what they want to do when they’re 18? Let alone for the whole rest of your entire life? I left university in 2005 with a BA(Hons) in Journalism but I have never been a journalist. But I have zero regrets about this because it definitely helped in undoing some of the fears formed during my teenage years.
Macs were used for print journalism modules, and we were to hire out MiniDisc Players to record audio for vox pops.
Yes, that’s right. MiniDisc Players.

It was 2002 and Apple had already brought out the first iPod but I bought my very own Sony MiniDisc and felt like a boss. I certainly served it purpose while I did my degree. I also had to buy a mic and all those wires where pretty annoying but I did enjoy using it.

RIP MiniDisc. You are now obsolete but I do consider you something of gateway drug. 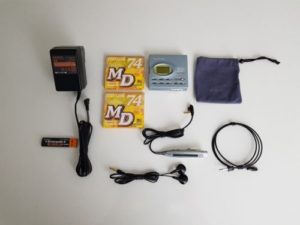 At this point I should probably mention the solitary module that was dedicated to online journalism. I don’t think the internet was considered to be much of a threat to traditional journalism at the beginning of the 21st Century.
From my perspective as a student then, it felt like it was just a ‘niche’. Another branch of the media tree. Our course leader was a seasoned tabloid journo and that was how she treated it. I used to diligently buy The Guardian (still in broadsheet format) every Monday for the MediaGuardian supplement and now I can’t remember the last time I purchased a physical copy of a newspaper.

Brief though it was, this module was an introduction to HTML and Dreamweaver and shape of things to come and definitely not wasted.

4. Get a Wireless Modem

After somehow surviving uni without internet access IN MY HOME, I moved to Brighton and into a house share that did. This involved some VERY, VERY long ethernet cables which wound their way down staircases like futuristic vines. They were the cause of many a drunken accident and only one person in a house of 4 could use the net at once.
So in early 2006, I got us a Wireless Router and the power of WiFi was ours. 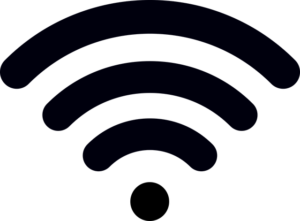 Having WiFi was definitely a total revelation and my web literacy increased ten-fold when I could just jump on PC and find out/look at/download/stream/listen to/read/participate/network/buy whatever I felt like, whenever I felt like it.
And as symptom of the times, I also joined MySpace.

Here was where I actually got to write some code. It was basic but it was real code and it was live on the internet.
Though my actual job wasn’t about coding, we all had to learn at least enough to sub-edit press releases and publish news.
I found it so exciting, for reasons I didn’t quite understand. Maybe it was because ‘code’ sounded so technical and I didn’t think of myself as a Technical Person.
Maybe it was understanding the foundations of what made a web page.
Maybe I felt like I was in the future.
It sparked my interest but I was still extremely anxious about breaking something/crashing the entire internet. The only thing really holding me back was inside my head. 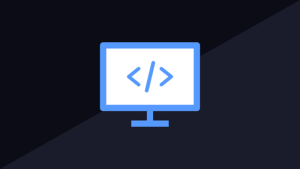 In early 2010 I started working for a larger company with an in-house development team and any need for me to code was gone. I was still interested but I found it fairly impenetrable to express my interest. I don’t think it was intentional (at least, I hope it wasn’t); but the impression I got, was that most of what they did was beyond my comprehension. Everything felt like it was a mystery that was not for me to discover and I experienced something of a regression.
My head went back to those I.T lessons in school.
There was the silent understanding that all this Dev Malarkey was For The Men. Though it was never explicitly said.
This was pre-Gamergate and pre-Millennial Feminism so I just sort of accepted that this as The Way Things Are.
I pretty much just gave up trying to understand for a while. 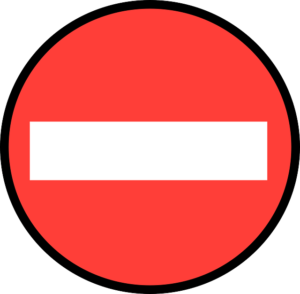 I did have a brief dabble in web design in early 2013 when I purchased a (rubbish) cheap online course via Groupon. That was certainly a waste of time and money. We live, we learn.
Then Big Life Events started to happen such as wedding planning, pregnancy and relocating.
Coding of any kind was shelved for the forseeable.

Much of my maternity leave was spent ruminating over what the hell was I going to do for work. We left London and commute to my previous job was going to be totally out of the question. My plan was initially to freelance but my heart was So. Not. In. It.

2016 was a year where so much changed. Some for the better, and some for the worse. And, after initially having a bit of an identity crisis when I became a mother, I saw my direction and it was as plain as day.
I really did want to learn to code and to become a web developer. 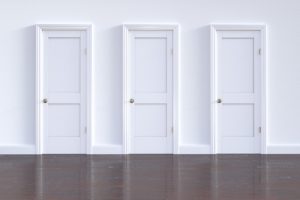 With absolutely no idea know what to do next, I conducted A LOT of research.

In March 2017 I finally, properly, really and truly started learning to code.
It requires self-motivation, self-discipline and self-confidence. All of which I have bags more of than I did before, but it’s a never-ending work in progress.
I’m immensely proud of what I’ve achieved so far and I’ve enjoying the process. My brain is sharper, my self-esteem has never been higher, my direction feels linear and I am positively fearless.

There is so much more to do and I’ve definitely got demons to conquer yet.
Especially when I took my first look at Javascript and discovered that it’s basically Maths.
Another anxiety-inducing school subject right there.

But Javascript – I will eventually crack you too. 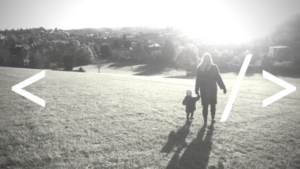